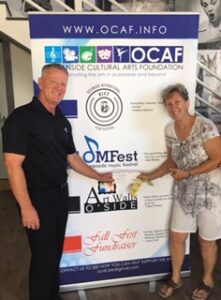 A big thank you from the Oceanside Cultural Arts Foundation to Chip Dykes, Community Relations Manager, from FRONTWAVE Credit Union for their generous sponsorship of $2,500 for Art Walls O’side!

We hope that you can join us on Friday, Sept 25 from 4-6 PM to celebrate the art of Kate Joiner.

We will have tables inside and outside to achieve the proper social distancing.

Come and enjoy the music of Stefani Stevens, good nibbles and our opportunity drawing. This has been a long wait, but worth it!

PLEASE PLAN ON WEARING YOU MASK!

Please see more info on the artist below. 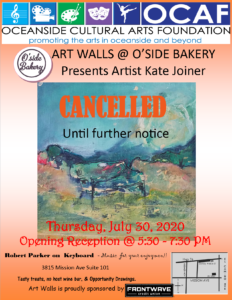 WE ARE VERY SORRY TO ANNOUNCE THAT THE O’SIDE BAKERY ARTIST RECEPTION FOR KATE JOINER ON THURSDAY, JULY 30TH MUST BE CANCELLED DUE TO RECENT NOTIFICATIONS  FROM THE COUNTY HEALTH DEPT.

WE WILL POST THE NEW AUGUST DATE WHEN WE HAVE CONFIRMATION.

is proud to present

California native and artist, Kate Joiner, lives in Carlsbad, California and uses her life experiences within her art as a representation of her community.

“As a painter and multimedia artist, I continually explore the human persona using our local North County landscape as a backdrop. I am equally happy working on small paintings or large scale as long as a message and intrigue can be conveyed within each one.”

Kate also teaches painting locally at corporate and private events. Kate received her BFA with an emphasis in Multi-Media from San Diego State University. Her work has recently been shown at the San Diego Art Institute in Balboa Park and The Oceanside Museum of Art. 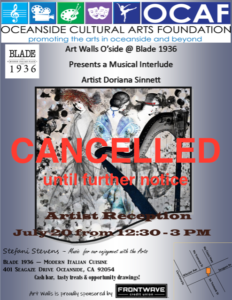 We are very sorry to announce that the Blade 1936 artist reception for Doriana Sinnett  on Monday, July 2oth must be cancelled due to recent notifications  from the County Health Dept.

We will post the new August date when we have confirmation.

TO LIMIT THE NUMBER OF PEOPLE IN BLADE 1936 AT ONE TIME.

PLEASE INDICATE HOW MANY PEOPLE WILL BE IN YOUR PARTY.

“TO BE ABLE TO TRANSFORM MULTIPLE IMAGES INTO ONE AND CREATE AN ART PIECE…PRICELESS!”

About the Artist: I was born in Colombia, married the love of my life and raised two high-spirited and happy children. I live in Encinitas, one of the most exquisite cities inside America’s Finest City, San Diego, California.
Passion for photography was inspired by photographing my family. In 2011, I spent 5 weeks in India which allowed me to see the world differently through my camera lens. A new aesthetic was born within me; observation, color, humanity, life energy.
When I returned to San Diego, I toured every nook and cranny of my beloved city and beyond looking through this new prism. After some years and thousands of images collected, someone asked, what are you going to do with all those images? Well, in 2015 I was exposed to Photoshop Artistry with Sebastian Michaels and discovered the endless possibilities of using and incorporating my images into works of art. Inspiration and passion intensified. So my journey continues….

My desire through this medium “Digital Art” is to convey a personal expression more than a realistic rendering of a subject. I love “storytelling” through my art. I use Photoshop to transform drawings and my photography into many different styles of art. It can mimic different mediums – from acrylics to oil and pastels. Just as an artist uses a brush, a sculptor uses clay, I as a digital artist, use a computer screen as my canvas to create…this enables me to explore my imagination in infinitude.

Music and the Dancer

Above is Trombone Fourth of eight Silhouette series. I’m fascinated by Tonal Value, it is an artist prize possession of artistic mastery. This art piece reflects my tonal awareness.

“To send light into the darkness of men’s hearts – such is the duty of the artist.” -Robert Schumann

Kene later spent a number of years in Hawaii, where he continued to study, paint and exhibit his works. His colorful landscapes invite the viewer into the painting for a visual escape. His love of nature and the world around us is captured in his works that dazzle the eye with their intense color palette. “I strive for that emotional reaction connecting the viewer to my work,” states the artist. 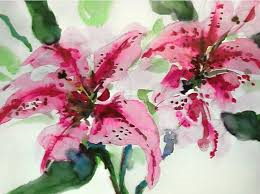 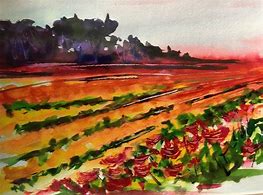 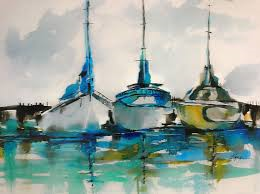 Kene’s watercolors are treasured in many private collections throughout the United States and Europe. His watercolors have earned numerous awards in juried shows and exhibitions. A portion of Kene’s sale are donated to different children’s organizations throughout San Diego County.

Kene will be donating a portion of any sales to

Studio Ace where he teaches classes in watercolor.

Dawn Tappen is an abstract painter who lives and works in Oceanside, CA. She received her B.A. at California State University of Northridge. Initially planning to pursue illustration, she spontaneously took an abstract painting class and became captivated with the freeing process of discovering the unknown, by layering and excavating paint to allow her creations to unearth and emerge in an organic process. With no expectation of the outcome, Dawn makes marks and layers, choosing colors intuitively as she allows her paintings to come to life. Her choices of mark and color are made in the moment, and even if not a completely evident part of the finished result, are part of the beautiful end creation in all of her work.

Ms Tappan has always been fascinated with nature. Taking adventures into the woods, turning over stones and collecting the creatures that were underneath are some of early childhood memories. Dawn reflects, “I picked up and analyzed everything. The endless shapes and sizes never ceased to amaze me, but it was the color, the endless color that drew me in”.
Through many transparent layers of paint she creates the translucent colors found in nature. Then like an archaeologist excavating a new site, she sands into my painting to reveal the layers of color built up through time. Creating a window through which the viewer can enter into the history of the painting. “It’s like being a child all over again, the excitement of unearthing something new and beautiful.” 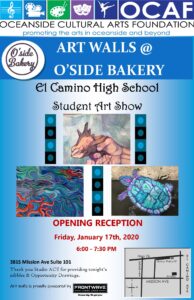 El Camino High School Art reveals to the viewer a collective and multifaceted prism of students’ imaginations in our very own community. Their art reaches out from the Valley to the Pier and beyond, to showcase fantasies, dreams, and wonders. The oeuvre of traditional two-dimensional images you are viewing, ranges in style, media, and dimensions. The constant of the work, however, is our students’ unlimited creative potential in a world of constant technological change and diminishing imagination.

“The Art of Photography” 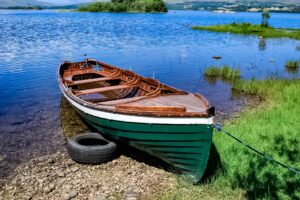 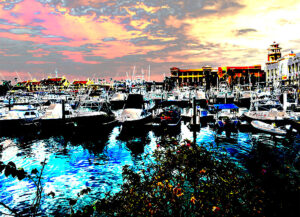 Here at El Camino High School, students begin their photography journey with the basics of taking pictures with cell phones. Afterwards, they start to explore taking high quality photos with digital cameras. Once they have a full understanding of how to capture an image with the correct exposure, contrast, composition and focus, the next step is to add creative edits. With the use of the latest Adobe Photoshop software, students gain new insights as they explore various editing techniques. By the year’s end students have completed numerous photographic works of art that share their creative voice. 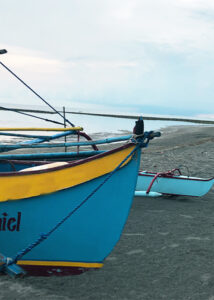 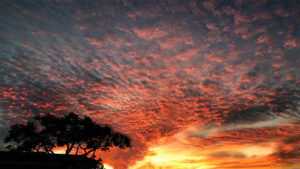 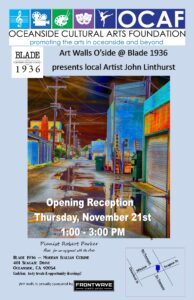 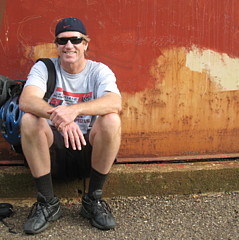 John Linthurst is a former Los Angeles resident who now resides in Oceanside. He has participated in numerous regional shows and has exhibited solo in notable venues throughout the region for many years. He graduated from the Photo Arts program of Pasadena City College, and went on to hone skills at CS Fullerton, taking odd assignments and learning much along the way.

The greater part of John’s life has been dedicated to various entrepreneurial pursuits and he has had a successful career in business and agriculture. Photography was one of his early avenues of expression and he completed the program at Pasadena City College – and then several additional sections at Cal State Fullerton where he eventually graduated with a degree in English (AMST). In his years in Pasadena he was fortunate to be called into projects by several of his photography friends attending nearby Art Center College of Design and learned greatly from the collaborations. At his creative zenith he was a rock and roll band photographer, with Van Halen and Joey Chamber , and then did a year stint as a roller derby photographer. (L.A. T-Birds} …. quite the adventure! 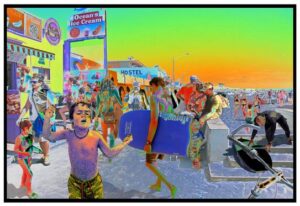 ‘Coast Loco’ is beach specific series derived from seemingly mundane trips to the sand and collecting unremarkable pictures in volume.  They consist primarily of multiple layered images taken from the same day’s excursion, and then reordered into a new reality – something the artist may find fitting – but not necessarily accurate. Some are handpainted with oils. The ploy becomes compositing interesting parts into a new whole, creating a beach culture fueled with madness and mass. That residual is what I am after; absurdity we can both laugh with, and at ourselves. These extremes can jockey from a quiet solitude, as nature can provide, to a testimonial of the human bio mass that can annoy to absurd proportion.

Essentially the ‘Oceanside Ally’ series was built around rain events downtown during the wet winter of 2019. In a sense, there is a majestic silence to each alley, a personality of sorts, weighted by history and a survivor’s wherewithal. Wiser they are, and if one is to draw art from them, you do it on their terms. The flush of a winter storm, and the residuals left over in puddles and mirrors, is the equivalent of an alley in full bloom. At least in this artist’s opinion. 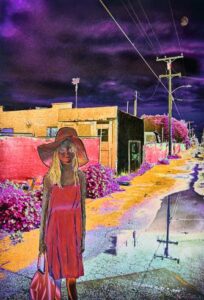 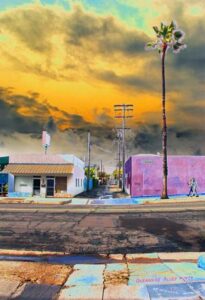 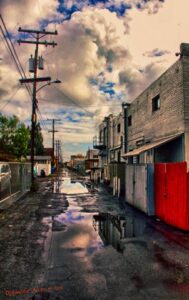 John now prefers a contrarian application of photo technique; the more he can disrupt a ‘time and space document’, the better chance for defining a new reality from it …  a manufactured reality. His photos consists of dozens of inserts, layers, text, pencil, paper, paint, and once even insects!

“I can’t remember the last time I used a photograph as a whole. I produce them, but tend to desecrate them with chaos or madness right away. Absurdity conveys better sometimes.”